Software customers - Download your software, get updates and serial numbers.

For sales or support:

In 1980, real estate investor Frank Gallinelli needed to negotiate the purchase of a commercial building in Connecticut. He had recently acquired something completely new to the business world: a personal computer. Using that computer along with an early spreadsheet program called SuperCalc he built an income-and-expense statement and cash flow and resale projection modeled after the CCIM approach to income-property analysis. He closed the deal but perhaps more importantly he attracted the interest of colleagues, most of whom asked, “How did you do that?” Thus was born in 1981 one of the earliest personal computer software companies still in business, RealData, Inc.

Back when the program was first released, the personal computer industry was chaotic to say the least. Computers had no hard drives and virtually every manufacturer used a proprietary floppy-disk format. In order to ship a copy of its software, we first had to take it to a local tech shop to have it copied onto a disk readable by a Northstar, SuperBrain, Osborne or other in the panoply of incompatible formats.

The chaos notwithstanding, it soon became clear that the personal computer was not a novelty destined to go the way of the eight-track. IBM entered with its PC and we followed with compatible products. Then Apple introduced the Macintosh and again we responded immediately with some of the first business software available for the Mac. In 1986, the Macintosh Buyer’s Guide listed RealData among the “100 Most Important Companies” in the Mac community. At about that same time, we served as beta-testers for a new and promising spreadsheet program called Microsoft Excel.

Meanwhile, we moved forward developing new products of our own. Some, like Commercial / Industrial Development and On Schedule, designed for the analysis of commercial and residential development, respectively, have stood the test of time and have remained popular programs for over two decades. Others – well they seemed like a good idea at the time but… RESPA, for example, was designed to help closing attorneys automate the HUD-1 closing statement. (One attorney said he would sooner buy his paralegal a 9-inch paint roller and a tray full of White-Out.)

We continued to improve our programs; focusing on the fast-growing Windows platform and outliving the commercial real estate crash of the early ‘90s. True to our pedigree as an early adopter of new technologies, we launched our presence on the Internet early in 1996. It became apparent at once that the Internet was the perfect venue for our company and our products. Not only could investors and developers – who typically discovered that they needed to get their hands on an analysis tool yesterday at the latest – find detailed product information easily and at any time of day or night but they could also purchase and download software and documentation immediately.

Today we may take this Web-based instant gratification for granted, but we identified almost a decade ago how valuable the Internet could be to improving a company’s customer service. Visitors can now use realdata.com to access an online knowledgebase of technical support information, email us if they need more detailed assistance, view tutorials and avail themselves of a wide range of useful resources, including free tools.

Not many software companies have thrived for what is virtually the entire history of the personal computer industry. How can RealData explain this longevity and success? A simple and obvious answer would be to say that the company provides good products and good service.

We must be doing something right as we are completing a very gratifying quarter – quarter century, that is – and look forward to many more years serving the needs of real estate investors and developers.

Save a Bundle of Money 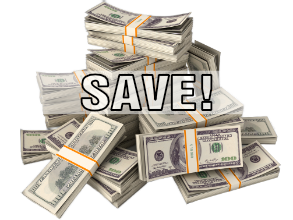 Choose from one of our four software bundles and save as much as 36%!

Our newsletter about wise investing and software updates.

Check your email to confirm your subscription